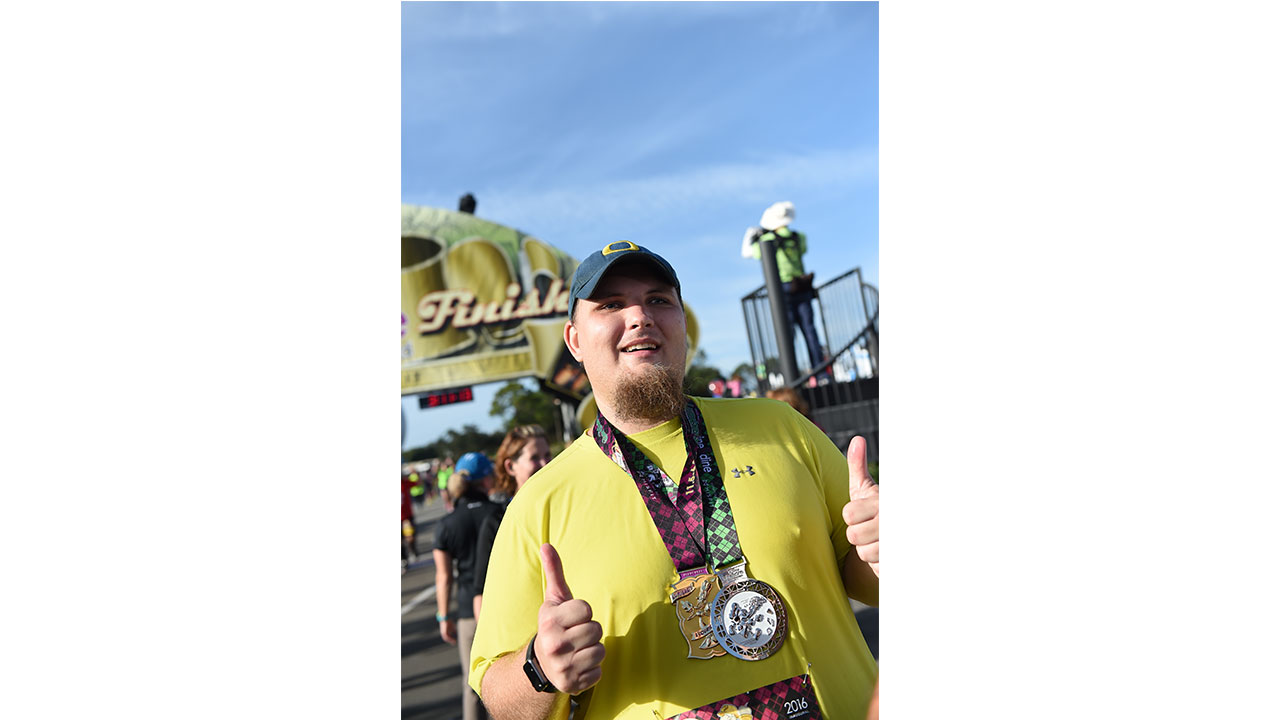 Walter Beckman from Pensacola, Fla., knows a lot about conquering challenges. Suddenly blind in his early 20s, Beckman overcame many obstacles as he adjusted to a new way of life. This past weekend, Beckman took on a challenge of a different kind, completing the Lumiere’s Two Course Challenge – running the 10K on Saturday and half marathon on Sunday, during the Disney Wine & Dine Half Marathon Weekend presented by MISFIT.

Nearly five years ago, Beckman woke up unable to see anything. He soon learned that an arteriovenous malformation (AVM) in his brain ruptured and damaged his optic nerve, leaving him blind. The shocking ordeal was difficult for him to accept, especially because at the time he was serving in the US Army Reserves. Used to living an active lifestyle and maintaining a rigorous fitness regimen, Beckman now had to re-learn the simplest of activities without his sense of sight.

Adapting to being blind was a day-to-day battle, an arduous process that led to significant weight gain and, at his highest, Beckman weighed 360 pounds. After two years, he got back into running and he lost more than 70 pounds but regained his confidence, inspiring him to tackle a long distance race. 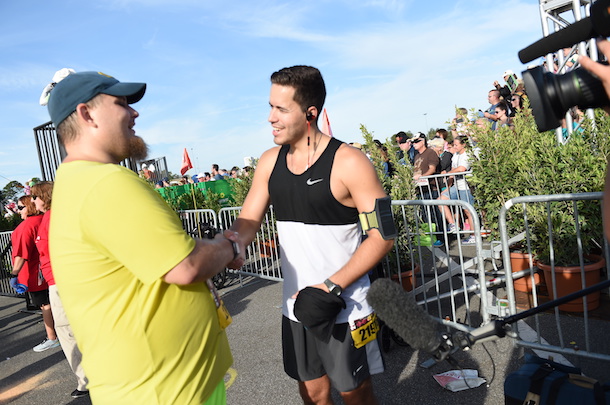 Beckman smashed his goal – and more – by completing the 19.3-mile challenge at the Disney Wine & Dine Half Marathon Weekend. With the assistance of his guide, Michael Irene, Beckman crossed the finish line on Sunday, overcoming all expectations and his own self-doubt of what he could accomplish blind. Standing at the finish with his fists held high and his three race medals around his neck, Beckman was an inspiring sight to the crowd and the thousands of other runners.

Check out the video to see Beckman’s journey during the Disney Wine & Dine Half Marathon Weekend presented by MISFIT.