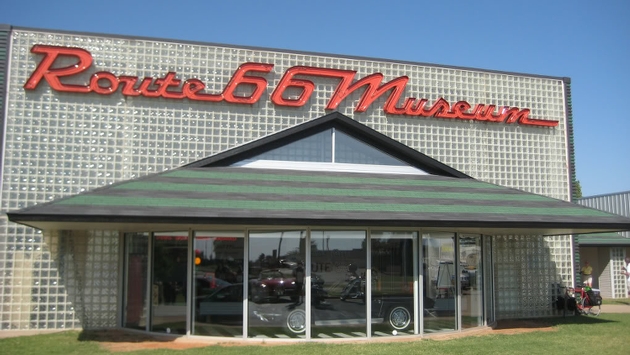 If you want to hit the road and really see hometown America, get off the highways and get onto Route 66.

This “Main Street of America” as it’s been called, is a 2,448-mile road that begins in Chicago, Illinois and stretches through small towns in Missouri, Kansas, Oklahoma, Texas, New Mexico, Arizona and, finally, Santa Monica, California. John Steinbeck called it “The Mother Road” in The Grapes of Wrath, but it’s also known as the Will Rogers Highway, named after the most famous radio personality and attraction at the movie box office of his time.

There is so much to see and do on Route 66 that books upon books have been written on the subject and still haven’t covered everything. If this trip is on your bucket list, rent a car from Enterprise Rent-A-Car, set aside at least two weeks, if not more, to drive it while stopping and touring the popular attractions.

But if you don’t have that kind of time, here are a few must-sees for your trip:

READ MORE: You Can Rent And You Can Buy From Enterprise

Meramec Caverns: When you’re in St. Louis, stop and see one of the most popular attractions on Route 66. These limestone caves were opened as a tourist attraction in 1935 by Lester Dill. There are 6,000 caves, but Meramec is the most famous, because rumor has it that the wild cowboy, Jesse James, once hid out there.

It’s a bird, it’s a plane: No, it’s a UFO. Fifty thousand years ago, a 160-foot wide asteroid crashed into Northern Arizona leaving a crater half the size of a football field. It’s your own close encounter on Route 66.

Motels: There’s so much to see, but you’ll need a place to rest your weary head after you’re done touring for the day. One of the most famous motels is The Munger Moss Motel in Lebanon, Missouri, which has been around since 1946 and is one of remaining ‘mom and pop’ motels on Route 66. Don’t expect out of date amenities here. It’s all updated and ready for you. Maybe you’d prefer a wigwam? The Wigwam Motel, Rialto, California is a kid-friendly motel where you actually do sleep in a wigwam. Last, but not least, the neon lights of The Blue Swallow have been around since 1939 and was listed on the National Register of Historic Places in 1993.

Dig in: There’s nothing like stopping for a good meal on Route 66 and there are plenty of places that offer great grub. Cafe on the Route in Baxter Springs, Kansas is located on the site of the old Crowell Bank, which was robbed by Jesse James in 1876. It’s been featured on Guy Fieri’s Diners, Drive-Ins and Dives. Twisters Soda Fountain is an extremely popular downhome American café, with sandwiches and burgers named after such icons as Elvis, Roy Rogers, Marilyn Monroe, Betty Boop and James Dean.

There are so many cafés, roadside attractions, museums, motels, diners, and things to see on Route 66 that nobody will ever mutter the words, “Is that all there is?”

Vacationing down Route 66 has become popular in recent years. Be sure to book your motel stays early and ahead of time by working with a

Destinations with Character Travel Agent in advance of your trip!