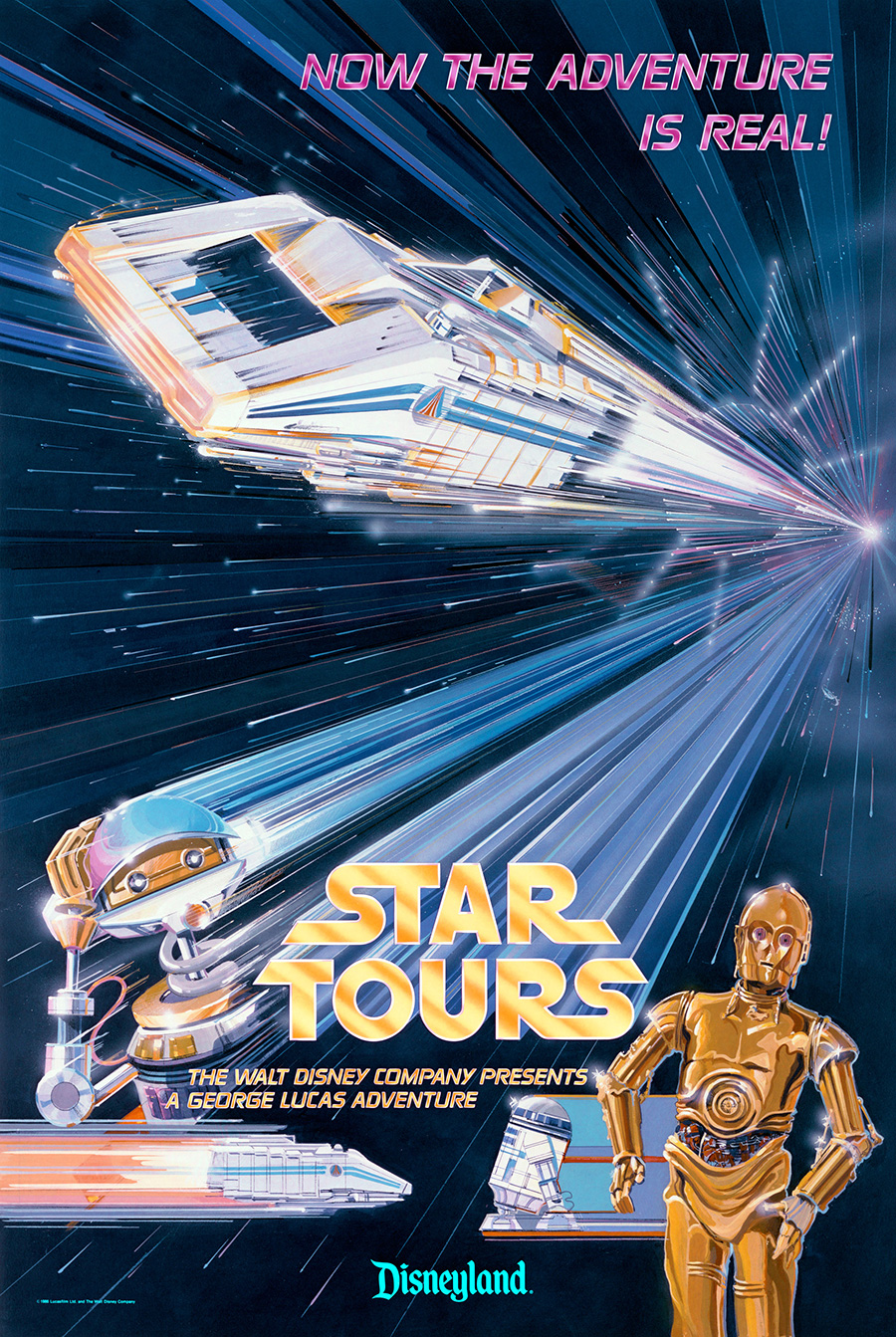 There’s a lot to look forward to when it comes to Star Wars at Disney Parks, but today we’re looking back to the beginning of the partnership that has inspired thrilling adventures and awe-inspiring spectaculars around the world, and the one attraction that started it all – Star Tours, which is celebrating its 30th anniversary today.

When Star Tours first opened at Disneyland park on January 9, 1987, the park stayed open for 60 hours so guests could board Starspeeders over and over for their trip to Endor … a destination they somehow never reached thanks to a nervous, first-time pilot named Rex. 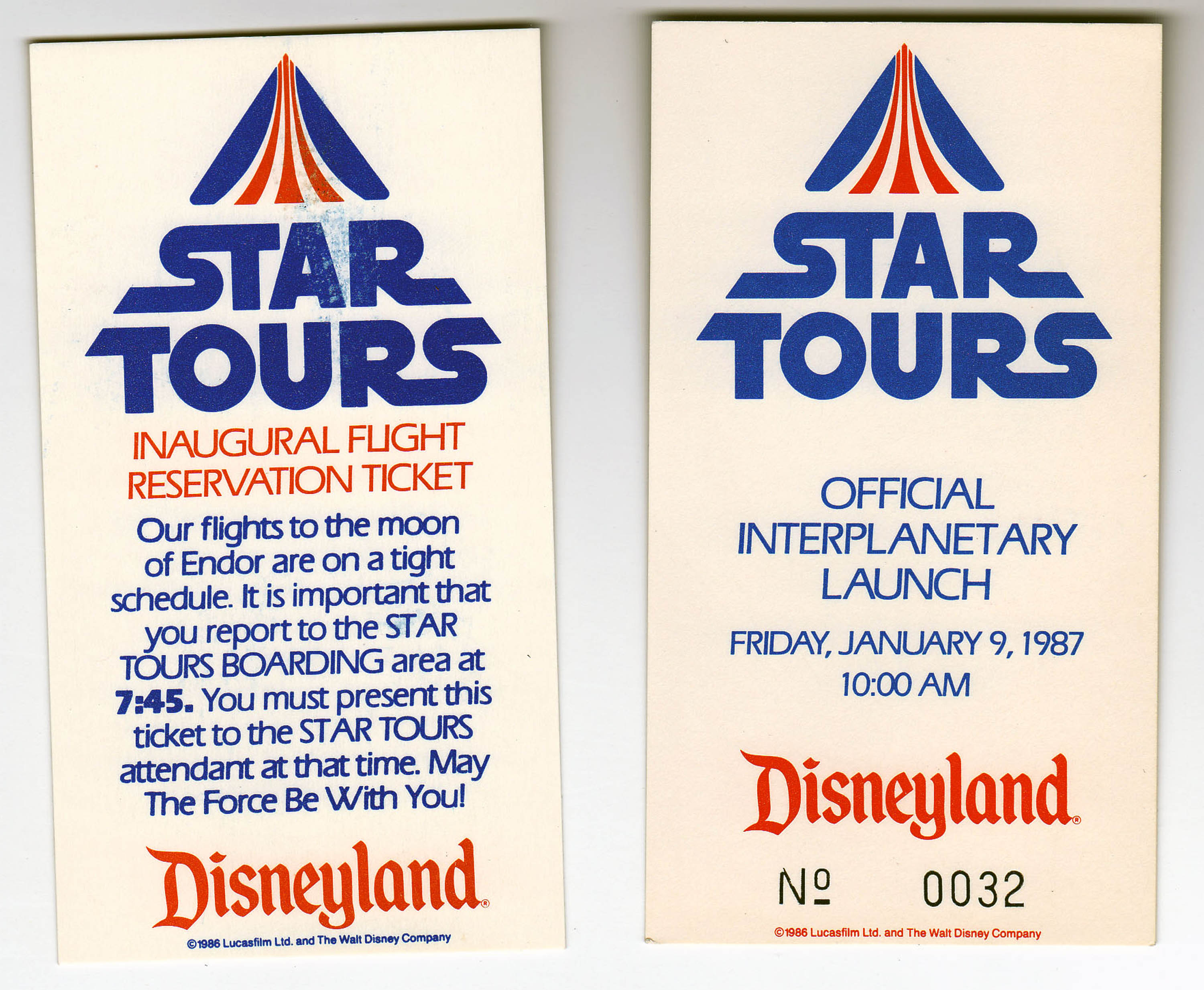 Three decades later, and now at three other Disney Resorts across the globe, Star Tours has stood the test of time by living up to the original plans of its savvy designers. Star Tours was always meant to be flexible and upgradeable, to tell different stories and to keep the fun and thrills fresh. What no one could have known 30 years ago was that first Lucasfilm and now Disney would keep Star Wars alive and innovative with new movies, television series, books and merchandise, all of which has turned the saga into a worldwide cultural touchstone.

What the attraction eventually became had been on the Walt Disney Imagineering drawing board for more than six years. Company officials approached George Lucas, a longtime Disney fan, with an idea to use devices that trained jumbo-jet pilots.

George was already familiar with the 13-ton aircraft simulators – large platforms that could rise and fall or dive and roll as much as 35 degrees to train pilots. Lucasfilm had previously explored some non-Star Tours simulator rides on its own, but the timing was now right for a collaboration, and the idea for Star Tours was born. 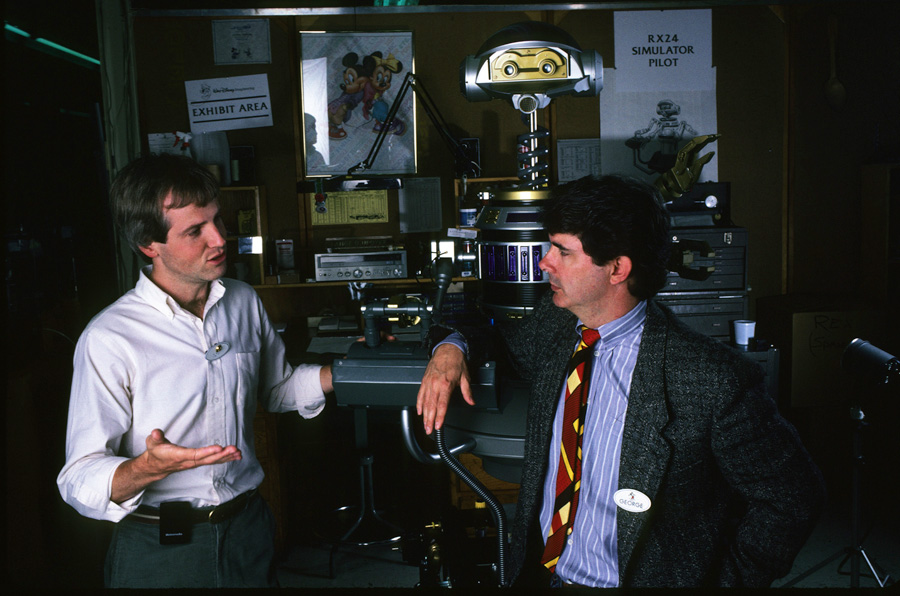 Tom Fitzgerald, now a senior creative executive with Walt Disney Imagineering, was the attraction’s writer and producer and worked closely with George and people like Dennis Muren, an eight-time Academy Award winner at Lucasfilm’s Industrial Light and Magic (ILM). “I remember a key review up at ILM with George Lucas, where (creative director) Tony Baxter and I traveled up to present the original storyline for Star Tours,” Tom recalls. It was there that George set up the idea of combining comedy adventure as well as the classic ‘something goes horribly wrong’ for the storyline. I still think of it as an incredible Master Class and one of the highlights of my career.”

Now that the attraction is celebrating 30 years of galactic adventures (having undergone a major update in 2011 along with the addition of elements from Star Wars: The Force Awakens in 2015 and an exciting new mission based on elements from Star Wars Episode VIII currently in production), Tom was asked why he thought it still feels so fresh. “At Imagineering, the technology is always in service of the story,” he notes. “As a result, our focus is on the incredible storytelling of Star Tours — the characters, the adventures, the story, the music and effects. That’s what keeps people coming back again and again… to relive the moments they loved growing up watching those films, and to step into the story and experience it in an immersive way as only Disney Parks can deliver.”