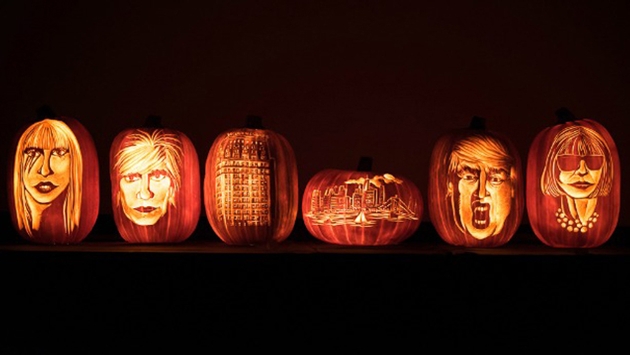 PHOTO: Custom pumpkins are just part of the Halloween fun at W New York Union Square. Around the world, hotels are going all out for the holiday. (Photos courtesy those featured)

Halloween traditions range from the plain vanilla carved pumpkin variety to the more macabre Día de los muertos in Mexico. Chances are that if you celebrate this holiday, you’ll dish out candy that ranges from the taffy-like Tootsie Roll (which is a bit of a grand dame, having started in 1907!) to the dime-a-dozen candy corn. Hopefully, you’re not like Charlie Brown in the popular “Peanuts” cartoon who gets a rock each time he goes trick or treating.

For the increasing number of folks who choose to celebrate Halloween at hotels instead of at home, there are a few places that are adopting a no-holds-barred approach to the occasion, offering everything short of a 24k gold version of the Great Pumpkin Patch. Here are some hotels that you should check out for the season:

If you’ve wanted a self-portrait on a pumpkin, you now have the opportunity to get one carved by Hugh McMahon (a “carver to the stars”—you just need to see his carvings of Mick Jagger and Anna Wintour to believe his talents). He’ll be at the hotel Thursday, Oct. 27, and on Halloween itself, working, chiseling, scooping out pumpkin seeds from 11 a.m. – 2 p.m. All you need to do is to post a selfie with the tag #WSmashingSelfies for a chance to get one carved (a Hillary Clinton pumpkin carved by Hugh will be showcased at the hotel).

A live DJ, five food stations, a glass of Veuve Clicquot, and you fill in the dots. Yelloween is the upscale version of Halloween in this historic Renaissance Marriott property, which has seen the footsteps of glitterati from Marilyn Monroe to Babe Ruth. The resort’s anchor restaurant, Marchand’s Bar & Grill, becomes a haunted hideaway with its grand windows covered in thick cobwebs, and ambient dark red lighting splashing the area with accents of fright (e.g. a slightly gory display of a roast pig with added bones to its spine and an especially charred face; room rates from $199).

To celebrate the “Day of the Dead,” Oasis will host a series of interactive games and rather dramatic setups. Guests will get to assemble a proper Día de los muertos altar, with candles, flowers and even pictures of their loved ones (it’s like being a Director without the actual movie). Or you could decorate a sugar skull, or witness a kermesse parade, which is a church parade that has Dutch origins. One of the most beautiful aspects of this interactive display is that you could is the designing of marigold ornaments: these flowers guide the spirits with their powerful scents (room rates from $200).

The 100-year-old Omni Grove Park Inn in Asheville, has had a ghost roaming its halls for over half a century; she is referred to as the “Pink Lady” because of the flowing pink gown she wears, and the young woman is believed to have stayed in Room 545 in the 1920s (there’s some truth to ghost stories: she either jumped or was pushed to her death in the Main Inn’s Palm Court, five floors below). New reports of her sightings still occur, especially by young children. Some say they just see a pink mist, others a full apparition of a young long-haired beauty in a pink gown (room rates from $330). 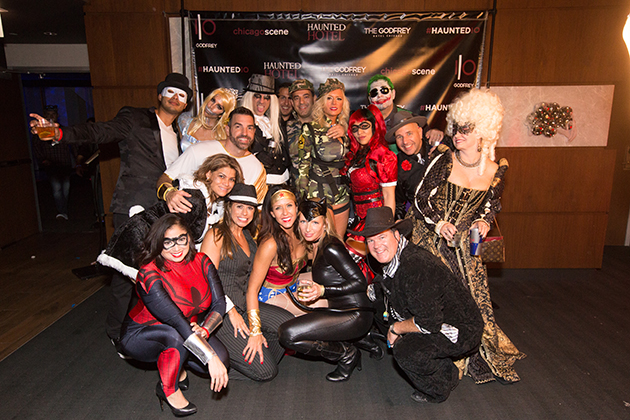 For the second year in a row, this hotel’s indoor/outdoor rooftop lounge and its entire inventory of rooms on the fifth floor, will resemble a scene straight out of “Carrie.” The haunted fifth floor is ideal for those who love the spine-tingling, eerie suspense of being nerve-wracked. costume-clad guests may still revel in the Halloween celebration by drinking some of Chef Nate Cayer’s craft potions that glow in the dark (last year, Sophia Bush and Jesse Lee Soffer were some of the fans who loved a good ghost story).

If you do choose to stay on the fifth floor, know that each room has some scary themes: in one, every surface is covered with plastic tarps, and fake blood is splattered across walls and the floor. Another guest room looks like a serial killer’s hideout: weapons hang from the walls and cover the tables. Are you brave enough to stay here? (The guest rooms cost $500 to book and include expedited entry for up to 5 guests and access to The Haunted Hotel on the 5th Floor as well as I|O on the 4th floor. There is also a $114.41 rooming tax fee).

This hotel in Riverside, California features a “pumpkin stroll” along their four-acre property, with more than 700 pumpkins ranging up to 150 pounds (the total weight is more than 12,000 pounds). It is a burst of color, a chain of artfully-carved fall gourds that will firmly put you in the spirit of the season. Polish off your walk with a Harvest Hot Toddy at the Presidential Lounge, or indulge in an Orange Creamsicle Body Immersion at the spa, with an exfoliating champagne mimosa scrub (room rates from $209).