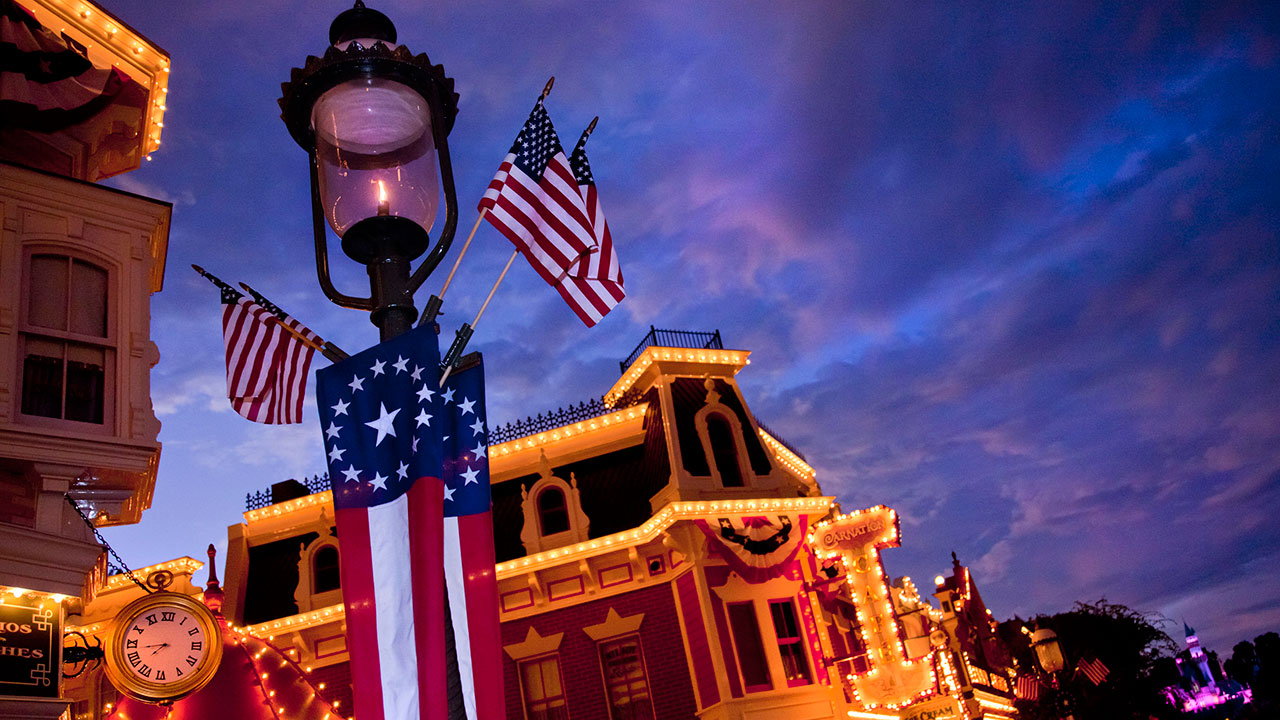 Celebrate the Fourth of July with Special Entertainment at the Disneyland Resort, in the Community

If you are celebrating Independence Day at the Disneyland Resort, don’t miss out on special, all-American entertainment including the patriotic performances of the United States 3rd Marine Aircraft Wing Band from Miramar, California.

Disneyland park – Following the “Disneyland Forever” fireworks spectacular at 9:30 p.m. will be a patriotic, pyrotechnic grand finale. And, be sure to catch the United States 3rd Marine Aircraft Wing Band earlier in the day at the following times and locations:

Disney California Adventure park – A Fourth of July-themed pyrotechnic water display will be featured before the 9:00 p.m. and 10:15 p.m. showings of “World of Color.”

In the local community, Mickey Mouse, Minnie Mouse and other Disney friends will participate in the Huntington Beach Fourth of July parade, also broadcast live locally on KABC. And, in Anaheim, more Disney characters will take part in their local parade.