This past weekend was a busy one in Orlando, with the all new Volcano Bay water park opening at Universal Orlando Resort and Pandora – The World of Avatar taking guests at Disney’s Animal Kingdom to a whole new world. However, on the other side of the United States the Disneyland Resort had its own grand opening this past weekend as well: Guardians of the Galaxy Mission: Breakout. And while the conversion of the erstwhile Twilight Zone Tower of Terror into this new attraction was quite controversial when it was confirmed last year, thousands of guests still showed up in droves to be among the first to experience this intergalactic space adventure on opening weekend, and reports seem to indicate that most guests are enjoying this newly-themed attraction.

Only time will tell if Guardians of the Galaxy: Mission Breakout will ever be as iconic as the Twilight Zone Tower of Terror, but Disney nonetheless is taking the early success of this new attraction as a big win, and have been hinting over the past few days about the future of Marvel properties inside Disney California Adventure with some cryptic “hints” over the past few days…

Right after the grand opening of Guardians of the Galaxy: Mission Breakout, eagle-eyed guests noticed something strange near the entrance of this attraction: a hatch with the Avengers symbol on it! A few days after the ride opened, Marvel’s Vice President & Executive Editor Ryan Penagos (aka Agent M), made mention on social media of this development seemingly confirming that Disney is indeed looking to create some mystery around future attractions planned for the Marvel universe inside Disney California Adventure with this low-key addition. You can get a look at this mysterious hatch below: 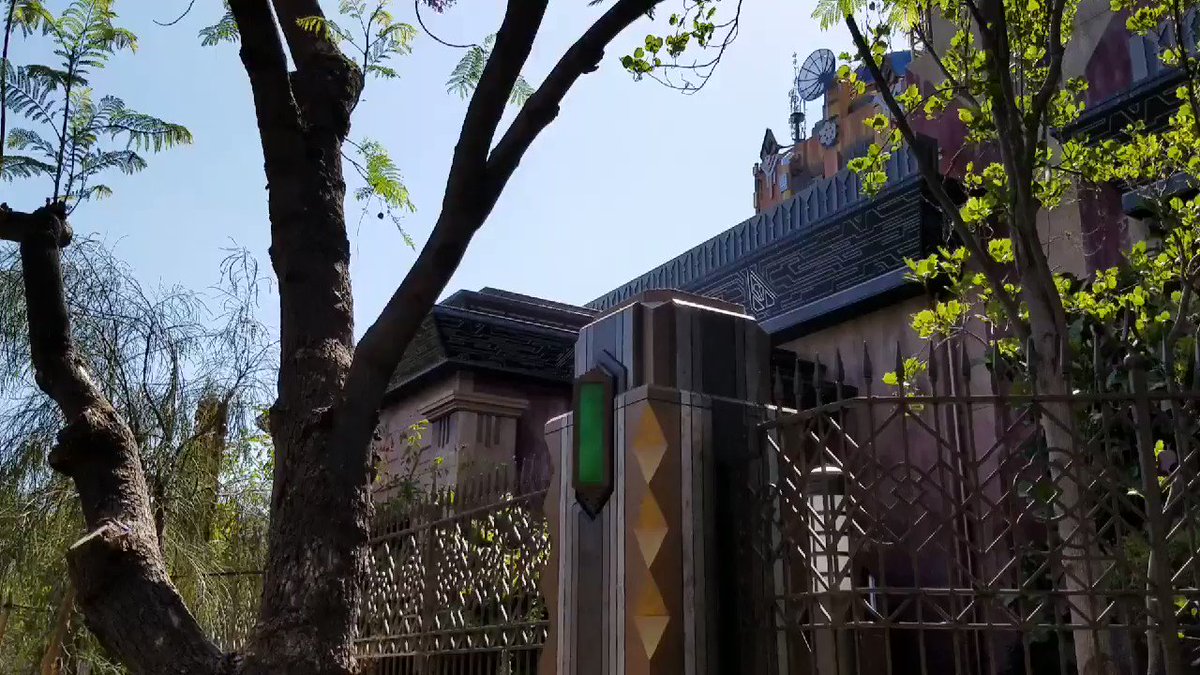 The mysterious characters at the media event

According to MiceChat, during a recent media event promoting this new attraction, several people were seen near the land in orange hazmat suits entering a tented area. Interestingly, guests who tried to go check out this area were not able to ask any questions and were instead met by security guards in black uniforms with the Avengers logo who then proceeded to tell them that this area was off limits. In addition to the people in hazmat and security uniforms, guests could also see a black Jeep with an Avengers logo in the vicinity as well, implying that there was some kind of “official” Avengers business going on in this part of the park.

Though this occurrence wasn’t actually widely reported, we think we have an idea about what is going on here…

Back when Guardians of the Galaxy: Mission Breakout was first announced, Disney also quietly confirmed that this new attraction would be the first of many Marvel-inpired attractions that were being developed for a whole new area at Disney California Adventure park, which would be overseen by rockstar Imagineer Joe Rohde. Though Disney stopped short of saying the words “Marvel Land” (there’s probably some legal reasons for that), they did confirm last year that there are some big plans in the future to incorporate Marvel characters into  “a broader universe of Super Heroes”. And though we don’t know for sure, we think we know when Disney is going to announce and announce this new land.

It has already been confirmed that Disney will be making some big announcements at this year’s D23 Expo during a Disney Parks and Resorts panel, including an opening date (and potentially more details) for Toy Story Land at Disney’s Hollywood Studios. And while it hasn’t been announced yet, with all this buildup, we’d guess that Disney will finally confirm Marvel Land as well, which has been rumored to be going in the parking lot area behind the Guardians of the Galaxy: Mission Breakout attraction. While we probably won’t get specific details about Marvel Land quite yet, it seems likely that Disney will at least officially acknowledge this project, and give guests a few sneak peeks at attractions they are working on for expanding Marvel’s presence inside Disney California Adventure, upgrading it from a few meet and greets and a ride to a full-fledged land.

Though the Guardians of the Galaxy: Mission Breakout attraction was certainly a controversial addition to Disney California Adventure, it looks like Disney feels confident enough in this new attraction to lay the groundwork for a big Marvel Land announcement at this year’s D23 Expo. Are you looking forward to hearing more about this new land? What would you like to see included?

-Originally in Theme Park Tourist, May 30, 2017 by Amanda Kondolojy