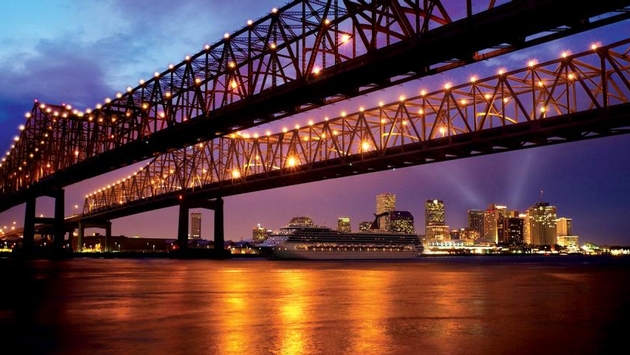 The Port of New Orleans’ passenger numbers are growing and now may be the time to expand, says Houma Today.

“Local officials and travel experts predict that larger gains could be in store with the return of transatlantic airline service feeding travelers to an already growing cruise line market,” writes Richard Thompson.

A new flight from Frankfurt will provide nonstop service to New Orleans and there was recently an announcement from British Airways about new service from London as well.

Eyes have now turned to the cruise port.

“Although the local facility has seen a rise in port calls — visits from cruise ships that don’t home-port here but temporarily dock at the port as part of a planned itinerary — local officials say the regular cruise business is also growing. They want to stimulate that growth with another ship terminal,” writes Thompson.

Currently, the city has three regular ocean cruise sailings. The Carnival Triumph and Carnival Dream sail from the port and the Norwegian Dawn will return to New Orleans next month.

American Cruise Lines and the American Queen Steamboat Company operate paddle-wheeler river cruises from the port and Viking is looking to launch on the Mississippi in the near future, which also means more passengers frequenting the cruise terminal.

“We’re seeing not only growth in the number of people wanting to come to New Orleans and get on a cruise but seeing the cruise lines that are here on a home-port basis respond with larger vessels,” Don Allee, the local port’s director of cruise and tourism operations, tells Houma Today.

An influx in passengers isn’t the only reason to consider expanding. The port is feeling competition from other ports, writes Thompson.

“Despite the city’s growing popularity as a tourism destination, the local port is fending off increased competition, including from Houston and Galveston, Texas, as well as Mobile, Alabama,” he reports.

While details are currently scarce, there should be more concrete information  soon.

“More details should be known by the beginning of next year, Allee said, as the port prepares an extensive master planning process that’s expected to lay out a blueprint for the facility for a decade,” says Thompson.

For more on New Orleans port plans, read on here.