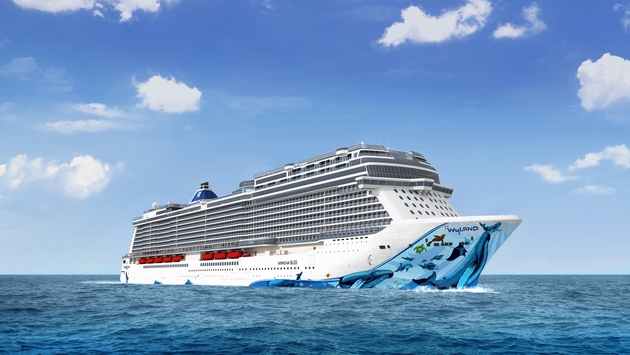 Norwegian Cruise Line has unveiled the first look at the artwork that will grace the hull of the Norwegian Bliss when it begins cruising to Alaska in the summer of 2018.

Titled “Cruising with the Whales,” the work’s centerpiece portrays a mother humpback whale and her calf. But the massive artwork also pays homage to all sorts of marine life, including giant manta rays, dolphins, sea lions and sea turtles, among others.

Rather than simply showcasing the animals on the ship’s hull, the design will make it appear as if the whales and other marine animals are swimming under the ocean’s surface.

Since the Norwegian Bliss will begin weekly sailings from Seattle to Alaska in June 2018, the humpback whale will feature heavily in the hull art.

“Humpback whales are an iconic part of the Alaska landscape and one of the most compelling sights visitors can see while cruising the Last Frontier,” Stuart said in a statement.

“It was only fitting that an artist of Wyland’s caliber should create the artwork for our first ship designed for Alaska, which includes humpback whales and other signature marine life found in the world’s oceans.” 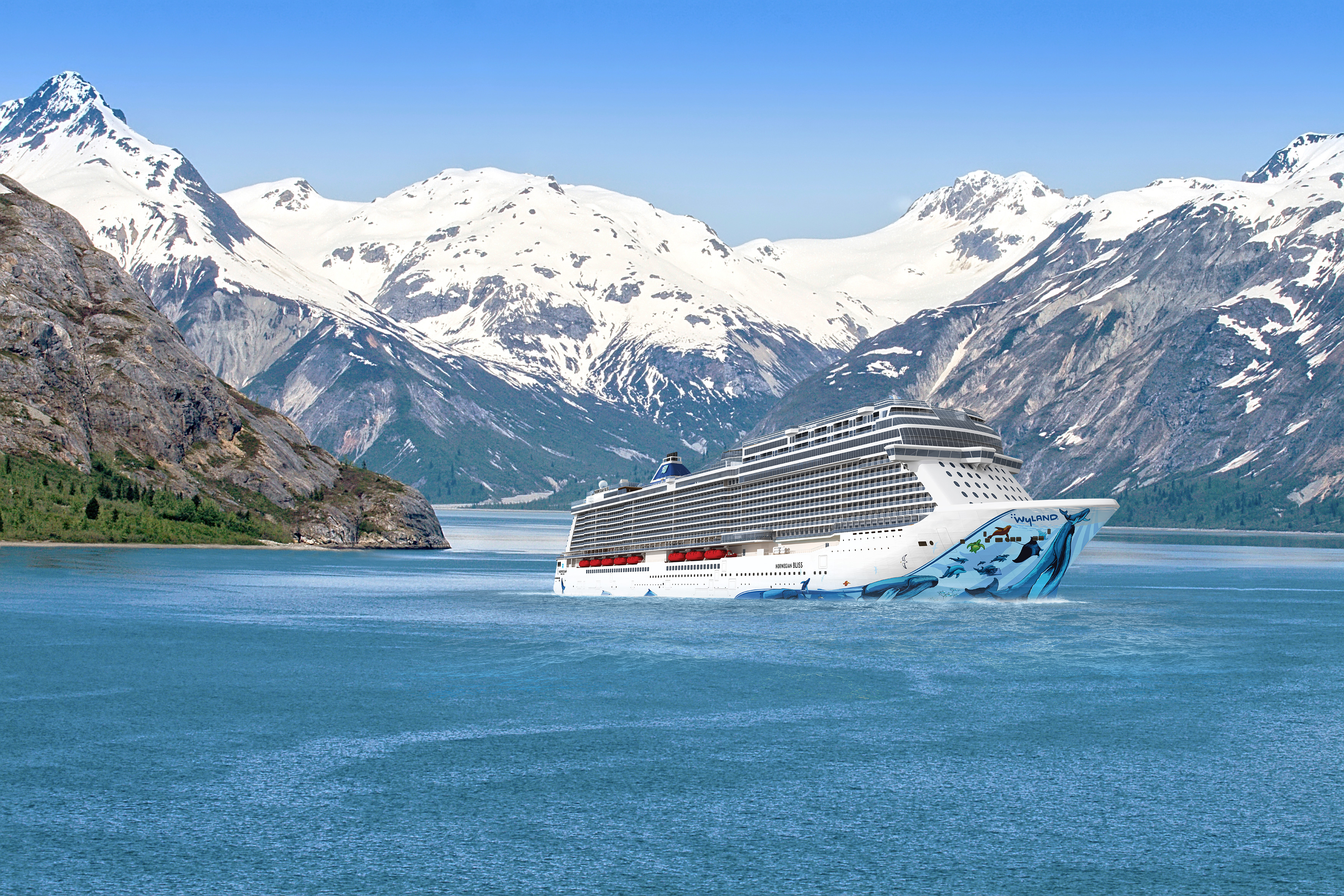 IMAGE: A rendering of the Norwegian Bliss in Alaska. (Image courtesy of Norwegian Cruise Line)

“I can’t think of a more perfect canvas for a marine artist than Norwegian Bliss and I hope my art inspires people to see the beauty in nature and hopefully work to preserve it,” Wyland said in a statement of his own. “Norwegian is as committed as I am to ensuring the health of the oceans and our planet and I look forward to our partnership as we use art, science and adventure to inspire a generation to take care of our blue planet.”

Norwegian Bliss, which will be the first Norwegian cruise ship to make its debut in Seattle, will feature exhaust gas scrubbers designed to decrease air emissions.

The 4,000-guest Breakaway Class ship will be constructed at Germany’s Meyer Werft shipyard and is scheduled to be delivered in the spring of 2018. Afterward the vessel will begin operating seven-day cruises to Alaska from Seattle’s Pier 66.