We’re sharing a “first look” at the reimagining of Disney’s Contemporary Resort.

The changes taking place at this resort are the latest example of enhancements being made as Walt Disney World prepares for “The World’s Most Magical Celebration” beginning Oct. 1, 2021, in honor of its 50th anniversary !

When Walt and Roy Disney dreamed of a future for all to enjoy at Walt Disney World Resort, part of that vision became reality with Disney’s Contemporary Resort. With the Monorail running right through its A-frame tower, the resort was an instant icon at The Most Magical Place on Earth – a tribute to the future of imagination and progress.

As Walt Disney World prepares to celebrate its 50th anniversary this October, Walt Disney Imagineering is tapping into that optimistic spirit once again in reimagining Disney’s Contemporary Resort, enhancing its retro-modern aesthetic that evokes Tomorrowland … with a dash of something Incredible, too. 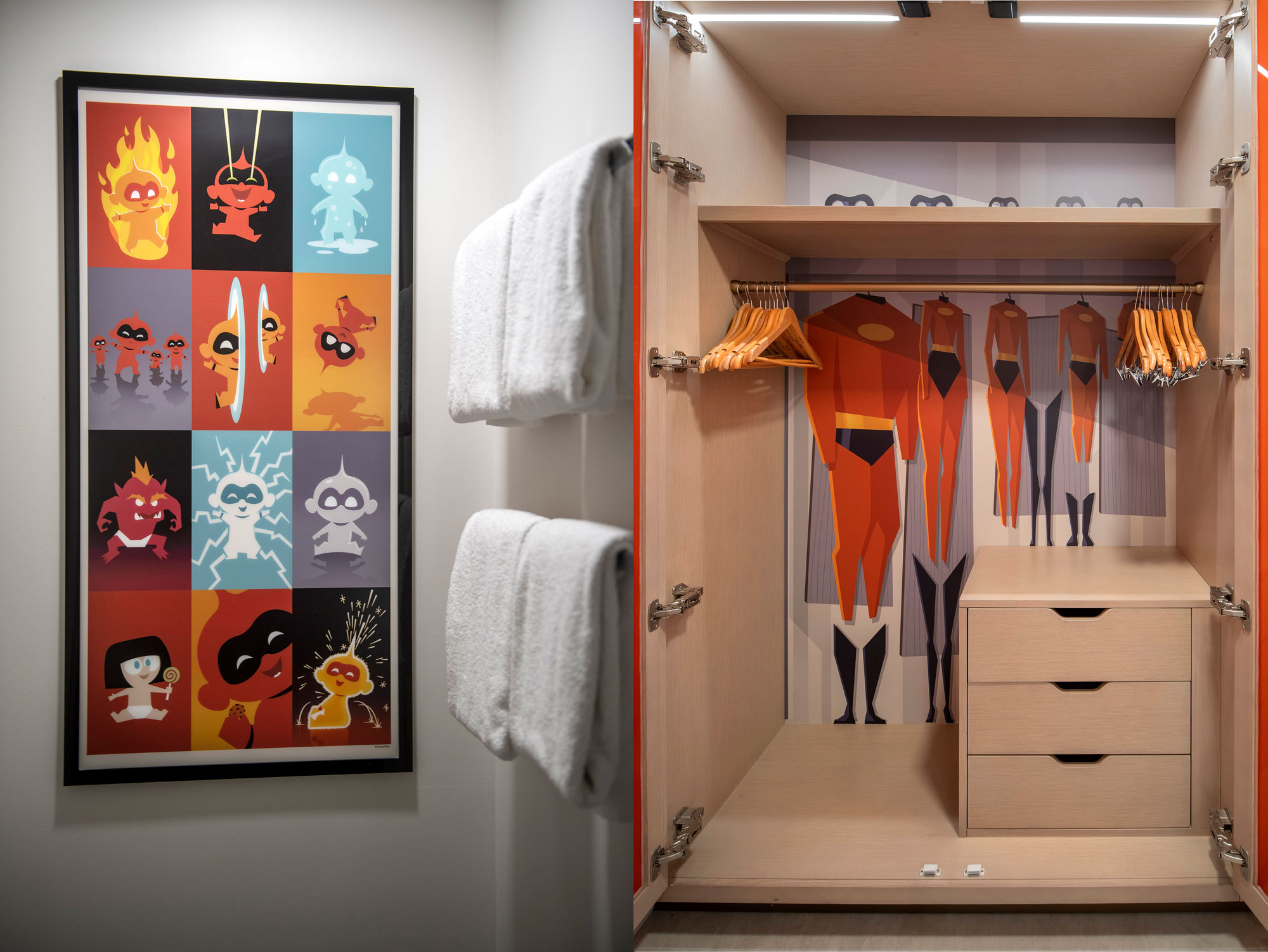 Currently all nine floors of guest rooms in the tower are being completely refurbished, and here’s a first look at the new décor debuting this fall.

These rooms will blend a sleek Monorail motif with some favorite characters from Pixar Animation Studios’ Incredibles films, including Jack-Jack, Frozone and Edna Mode.

New custom artwork in Guest rooms and along Guest corridors will be modern, futuristic and oh so stylish, dahling, complementing the resort’s architecture while putting the Supers’ powers on display.

In the lobby, Guests will soon see a collection of modern art pieces as well as historical, behind-the-scenes photographs of Disney’s Contemporary Resort in development and under construction.

The resort’s lobby restaurant, The Wave… of American Flavors, will soon close to make way for a reimagined dining experience in time for the Walt Disney World 50th anniversary celebration.

As part of this reimagining, they’re updating the Guest lobby and check-in experience at Disney’s Contemporary Resort in preparation for the 50th anniversary of the Walt Disney World Resort.

Beginning July 16, much of the first-floor lobby will be closed while it undergoes refurbishment.

While many of the Guest services in the lobby area will remain open – including the elevators, escalators, restrooms and pathways to the Convention Center and bus transportation – the front desk will temporarily relocate to the second floor of the resort.

This is just the start of great things happening at Disney’s Contemporary Resort as it looks toward an Incredible future full of hope and promise. Once the tower Guest rooms are complete, work will begin on the rooms inside the Garden Wing out on the shore of Bay Lake. 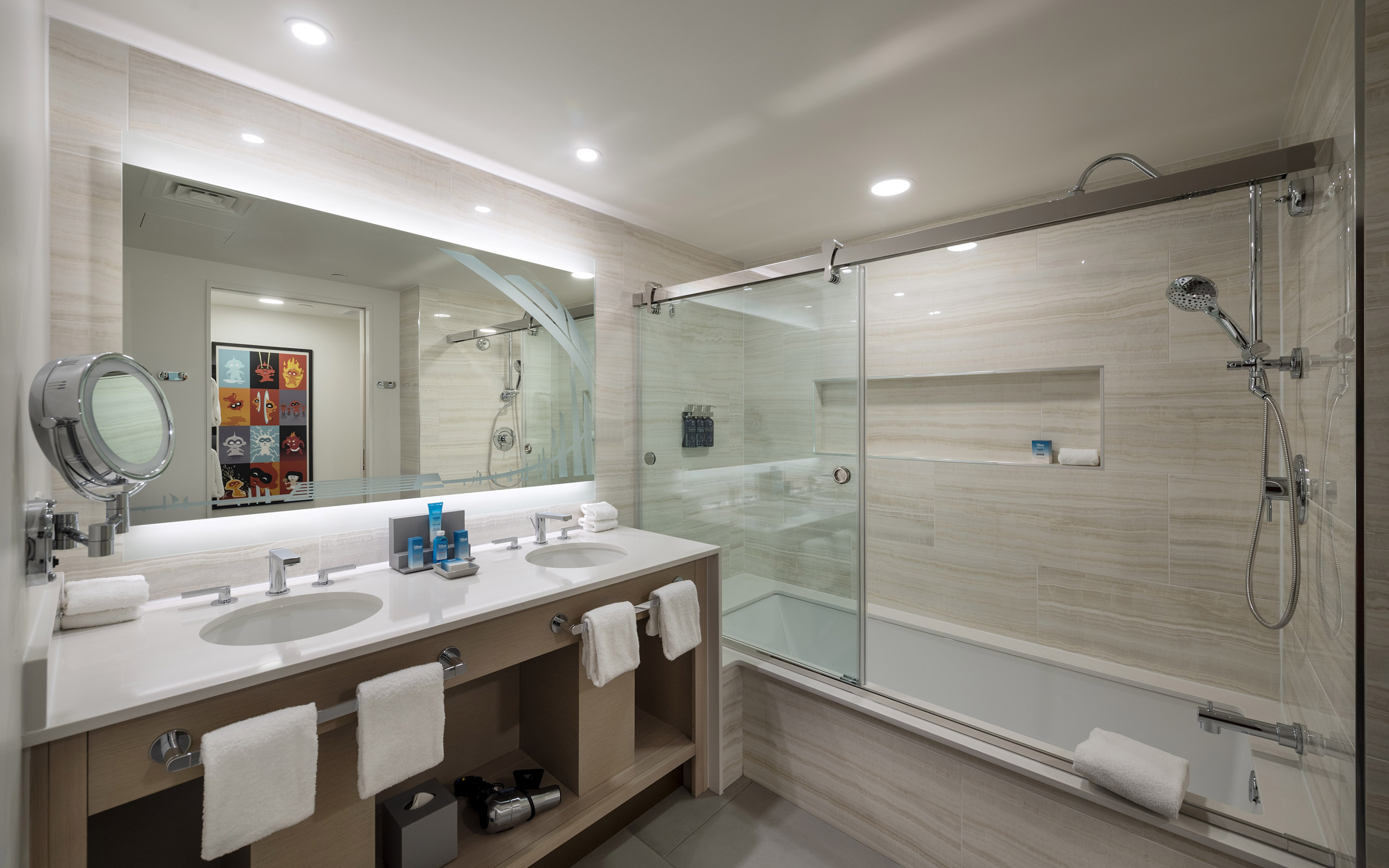 This reimagining is part of the ongoing evolution of the Disney Resorts Collection at Walt Disney World, where the magic Guests find in the theme parks extends to every moment of their vacation. We’ll have more to share on this project in the months to come as we get ready for “The World’s Most Magical Celebration” beginning Oct. 1, so keep checking back with us here for all the details.

There’s a LOT to see in our Beautiful World.

Let Destinations with Character help you see it!

Save Time & Book All of your Travel by contacting