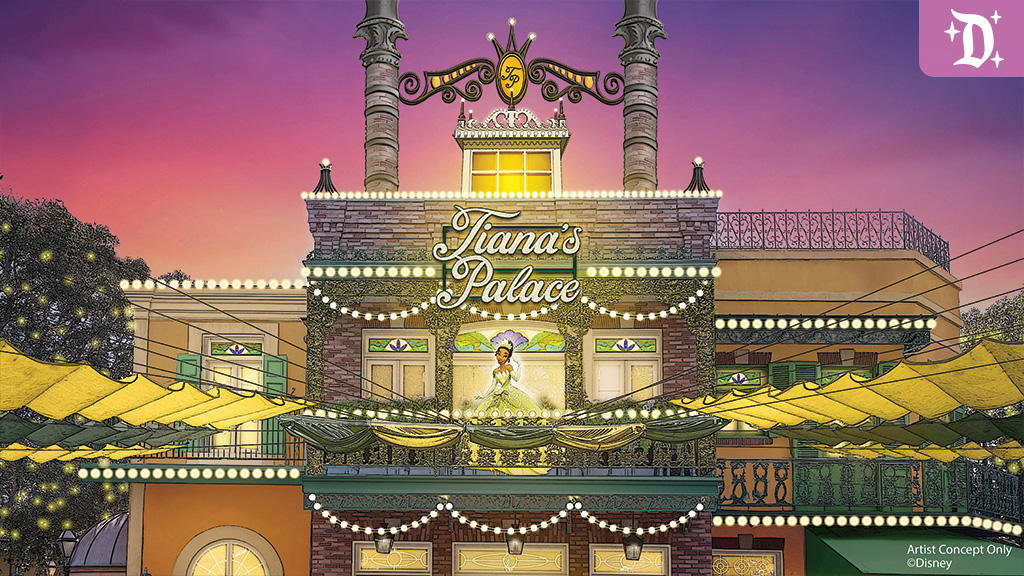 Just as Tiana transformed an old sugar mill into her dream restaurant in the Walt Disney Animation Studios film, “The Princess and the Frog,” soon the French Market Restaurant in New Orleans Square at Disneyland park will be reimagined into Tiana’s Palace!

As initially shared at D23 Expo, we are excited for the opportunity to tell even more Tiana stories in New Orleans Square. Disneyland recently opened Eudora’s Chic Boutique Featuring Tiana’s Gourmet Secrets, a new retail shop that Tiana opened with her mother, Eudora. Up next will be Tiana’s Palace later this year, followed by Tiana’s Bayou Adventure, the thrilling attraction that will open in Disneyland park in 2024. 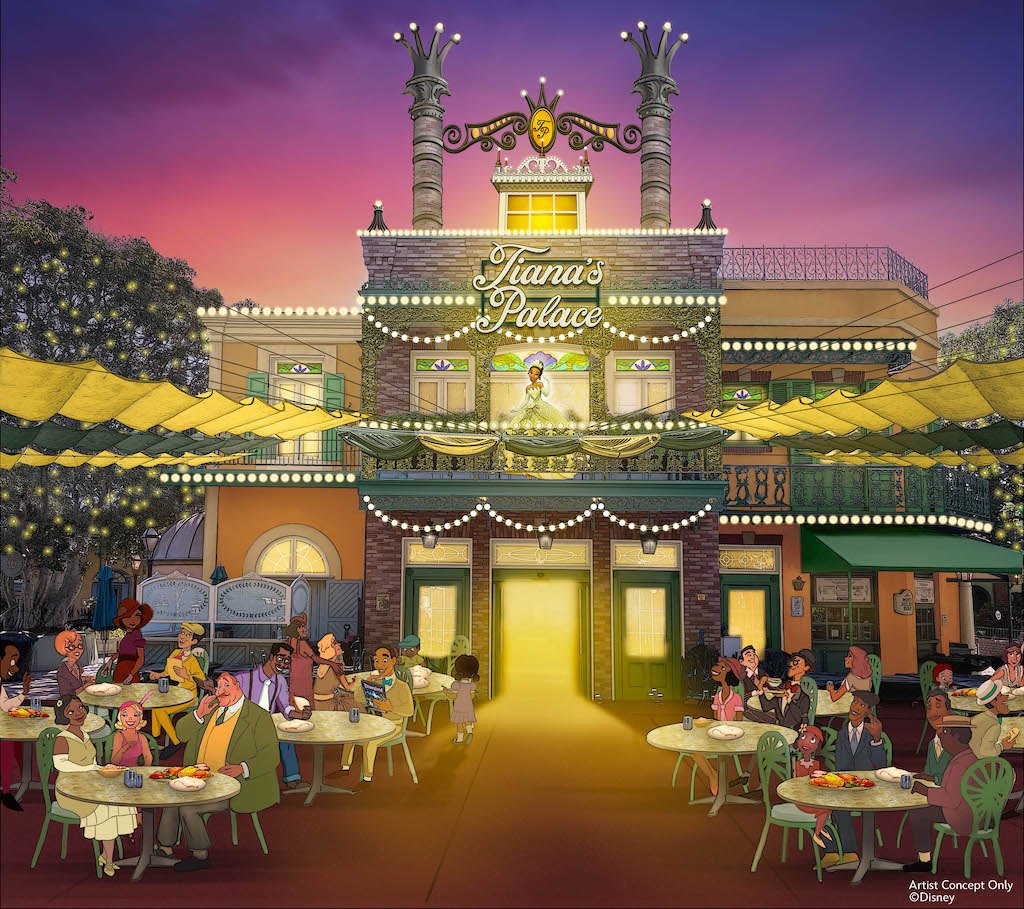 Tiana’s Palace will be the newest restaurant on Orleans Street. Within its peach-colored walls and fancy green wrought-iron balconies, guests will find elegant fixtures and appointments reminiscent of Tiana’s life and friendships. The new Tiana’s Palace will have much of the same pinch of pizzazz and flair as the restaurant from the film, offering authentic New Orleans flavors inspired by Tiana’s friends and adventures in this quick-service style restaurant. While Tiana’s Palace is not a character dining location, guests may find Tiana in New Orleans Square.

The menu at Tiana’s Palace will expand on many of the current favorites served in the location, explore seasonal flavors and, of course, offer some New Orleans classics. Tiana’s Palace is sure to be a gathering place for friends and family to enjoy great food and celebrate together, just like Tiana and her father James dreamed of.

Disney Imagineers are partnering with Disney Animation artists from the original film to bring this story to life at Disneyland park. In fact, the film designers took inspiration from the exterior of the original French Market Restaurant in New Orleans Square when designing Tiana’s Palace for the movie, so this is a long-dreamt homecoming.

To begin this work, French Market Restaurant (and Mint Julep Bar) will be closed beginning February 17, 2023, and will reopen as Tiana’s Palace (alongside Mint Julep Bar with its famous mint juleps and Mickey beignets) later in the year.

We look forward to sharing additional details about this exciting new restaurant! 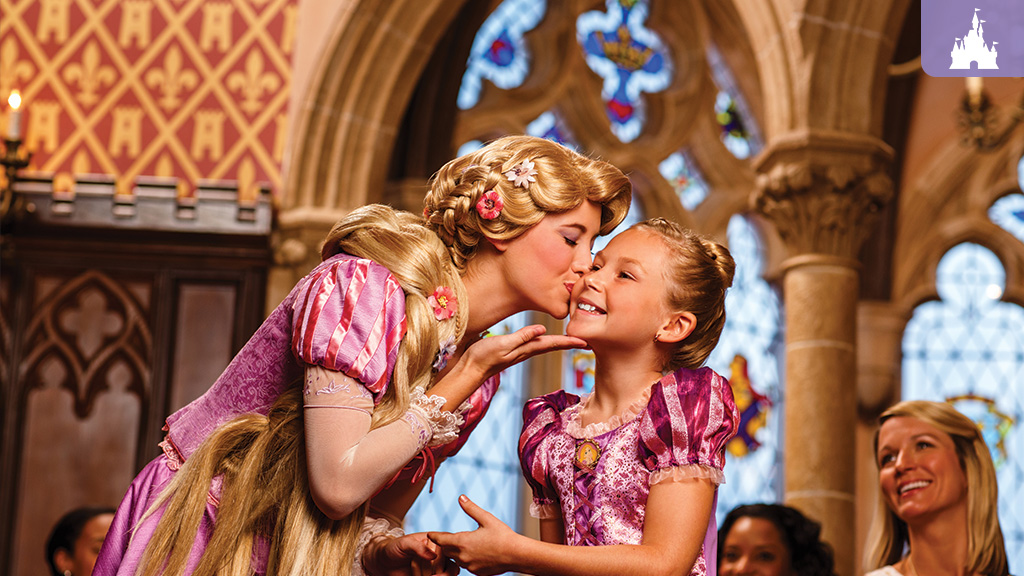 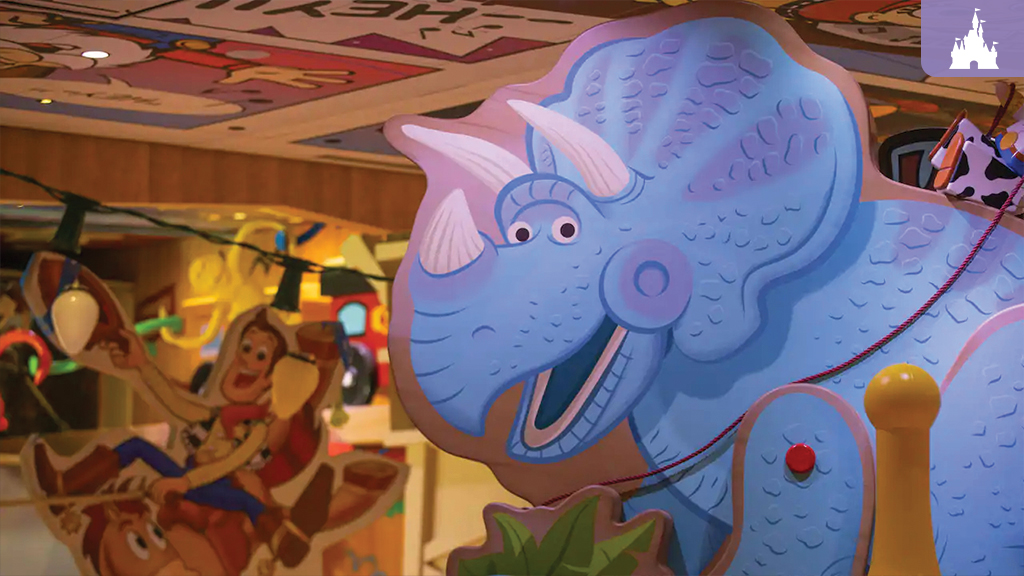